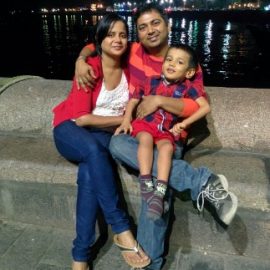 The birth of our son ‘Aarav’ filled our lives with happiness and joy that only a mother’s heart can hold. Like any first-time parents, Aarav’s every new milestone – his smile or his waving hands – was a marvel. It was a pleasure just watching him grow.

When he was around 10 months, I started noticing that his legs were not as strong as it should have been. But some kids walk late, I reasoned. His first birthday came and went by without any baby steps. On the contrary, I felt his legs were losing strength. He had stopped standing even with support. 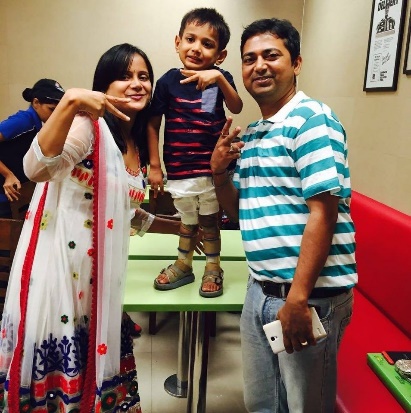 Then followed the darkest period of our life.

My sister, who is a gynecologist and my brother-in-law, a neonatologist, both felt something was amiss with Aarav. But like all normal busy couples, my husband and I too were immersed in work. We least expected anything to be wrong with our son because other milestones were on time. My brother-in-law suggested we do some tests. We started with a calcium deficiency and other routine blood tests, but everything came normal. We took him to several neurologists, but nothing was detected.

When Aarav was about 14 months, we felt his muscles were becoming floppy. He was not able to hold his body together. His neck would roll back or forward. His limbs would be loose and droopy.

Finally, my brother-in-law recommended we get a test done for Spinal Muscular Atrophy (SMA). SMA is a disorder involving loss of muscle control, muscle movement, and increasing muscle weakness. One of the early signs of SMA is hypotonia, commonly known as floppy muscle syndrome, which causes low muscle tone and reduced muscle strength. It was because Aarav’s symptoms resembled hypotonia that my sister and brother-in-law suspected SMA.

SMA is a rare disease found in an estimated 1 in every 6,000-10,000 people. It is a progressive genetic disorder that affects the motor nerve cells in the spinal cord and leads to progressive muscle wasting (atrophy) and mobility impairment. It is the number one genetic cause of death for infants.

When Aarav tested positive for SMA, we were shell-shocked and numb. The more we learnt about the disease, the more our world crumbled. Grief and tears began to choke me. My head would pound, throb with questions. Why me? Why my child? Cursing myself!

Through this my family stood by me rock solid. If it hadn’t been for them, I would have not been able to swallow my pain.

It was 2014 that I began to see some silver linings. My brother, who stays in California, told us about a conference being held there on SMA and coaxed us to attend. It was the annual conference of ‘Cure SMA’, the largest SMA conference in the world attended by doctors, scientists, researchers, affected families and communities. So, we went for the conference.

Aarav had Type 2 SMA. SMA manifests over a wide range of severity, affecting infants through adults. The disease spectrum is variously grouped, in accordance either with the age of onset of symptoms or with the highest attained milestone of motor development.

Unfortunately, in India most doctors consider SMA a death sentence. All they can advise for type 2 is ‘go, love your child’ as they cannot live beyond 10 years. There is no hope, no quality of life for them.

So, attending the conference was an eye-opener. At the conference, we met many Type 2 children and realized that with proper medical interventions, physiotherapy, and diet, they can also live. A person who left a deep impact on me was one of the organizing committee members, Sierra Kulas. She is a mother of 3 children, two of whom are SMA type 2. She was an amazing lady, so strong to see beyond her pain to move ahead and do something worthwhile. It was really morale boosting.

I came back to India a changed person with a positive mindset. I began looking for an SMA organization but realized there were none. So, I decided to set up Families of Spinal Muscular Atrophy India (FSMA) – now Cure SMA India. It started as a Facebook page with 10 members and has grown in 3 years into an organization with 200 members.

Meanwhile, Aarav, has started attending regular school at Vibgyor International. The school has been supportive. He uses a wheelchair. He can’t stand on his own as his balance is very precarious. Any pulling or pushing can be dangerous for him. Neither can he sit continuously for too long. That can lead to Scoliosis, or a sideways curvature of the spine. So, we have got him a Stander (specifically designed for wheelchair users to reduce the health risks and dangers often associated with prolonged sitting). We got the approval from the doctor, orthopedic and school authorities and got standing frame in school. So now there is some kind of therapy which happens even at school since he is there for 7 hours.

Teaching Aarav to focus on his strengths 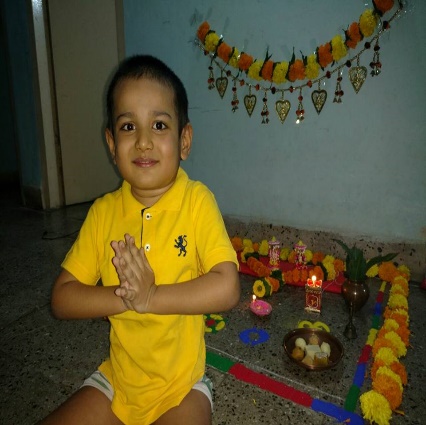 Aarav must do physiotherapy every day to build his muscle strength. We have created a therapy centre at home. There is occupational therapy, neurodevelopment therapy. We are focusing on bracing his upper and lower limbs, as well his core muscles. Every day the session is for 45-90 minutes depending on Aarav’s stamina to hold. SMA is a progressive disease. No matter how much we battle, the disease progresses with age. The only comforting factor is that physiotherapy slows down the progression. Even if there is a minor improvement in Aarav, nothing like it.

He also walks daily for 45 minutes. We have got him a Reverse Walker, which is designed to make walking less energy consuming, improve postural alignment and maximize the potential for walking. He also uses ankle-foot orthosis, (AFO) and bracing for almost 13 hours to support his limbs. We must get his Spirometry (test to measure lung function) done regularly to ensure his lungs are fit. Making the child understand from early age is very challenging.

Aarav is a happy-go-lucky child. He does not complain much because he has been doing all these things since he was 2 years. He doesn’t know any other way of life. Now that he is going to school for longer hours, he is beginning to ask me questions. Why am I on a wheelchair? Why can’t I dance and run like other kids? It is painful for us to see him worked up or get agitated. But we try and make him understand, we try and focus on his strengths. He is a good orator and comes first in poetry competitions. We explain to him that there are kids who are not able to speak as well or as loudly as him. We are teaching him to focus more on his strengths.

The Inclusion Challenge
Evenings are the most frustrating for Aarav and us. Initially, he used to pester us to take him to the playground, but when he was being left out of all games, he preferred to stay at home. Also, after his daily physiotherapy and walks, he gets very tired. We try and engage him in other sort of activities like science projects. At times we organize play dates for him where kids can sit and play. But he is slowly beginning to understand that he is different from other kids.
Aarav is also on a heavy dose of supplements. He takes multi-vitamins, multi-minerals, calcium, and iron tablets daily, besides infusion every 3-6 months to build bone health.

But despite all the medications, braces, physiotherapy, walks, diet, his Scoliosis, or sideways curvature of the spine has been increasing alarmingly. If the curvature becomes more than 60 degrees, we will need to get a spine surgery done for him otherwise the lungs get impacted and stop functioning. Then it becomes life-threatening. We know of families who have got spine surgery done for their children and are leading better lives. But for that Aarav must be 10 years old. We are keeping a very close watch on him and if anything, out of his routine happens, our hearts miss a beat.

I have been able to undertake this difficult journey and look beyond the misery because of my father (who passed away recently) and my brother and sister who stood by us and still continue to support us with whatever means they can.

As of now, Aarav is doing well in school and getting good grades. In fact, he prefers to be with his friends in school than stay at home.

For us, his smile brings us the biggest joy.

Cure SMA filed a Public Interest Litigation (PIL) in the Delhi High Court which is ongoing. It is to urge the Government of India to bring lifesaving medicine, Spinraza, at affordable cost to India. In December 2016, it became the first approved drug globally used in treating Spinal Muscular Atrophy (SMA). In clinical trials, the drug halted the disease progression. In around 60% of infants affected by type 1 SMA, the drug also significantly improved motor function. The cost of one injection is 1.25 crores. The child needs 4 injections in the first year. So the treatment cost totals up to a whopping 5 crores. The central government is not willing to fund this lifesaving drug, despite having a corpus of 100 crores for rare diseases. Unfortunately, many other countries are subsidizing this drug and making it available to their citizens.

The Delhi High Court ordered the government to grant funds for two SMA type 1 kids. Sadly, one of them passed away while the other one has been denied access to funds because of above poverty line (APL) and below poverty line (BPL) issues.